Ooh you crafty thing (and a local giveaway!)

Oh, we should all be so fortunate as to make a living off of our own creations.

Pictured above and below are a few of the many items featured at the Sugarloaf Craft Festival, traveling the East Coast and coming to Hartford this weekend, March 27-29. If you are local and would like to attend, leave a comment and you could win some of the free tickets the organizers were kind enough to send to me specifically to share with you.

Please leave your comment (or email me) by midnight Tuesday so I can mail you your tickets in time for you to use them this weekend.

Dim all the lights sweet darlin'

Come now, I know you can find something to do with the lights off for an hour next Saturday night...

Labels: doing good, I try to be green I really do 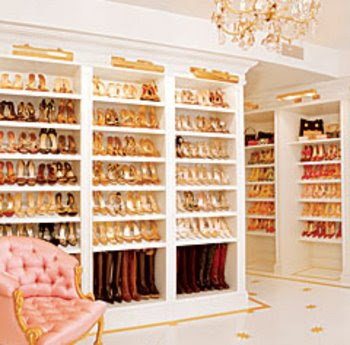 [Not the closet in question. This be Mariah's shrine de shoes}
A 51-year old San Diego woman is accused of embezzling more than $9.9 million over 7 years from her employer to fund her personal lifestyle and gambling habit.

The Sheriff's Department says that the woman was able to conceal the alleged scheme for so long because of her position at the company: chief financial officer. The losses resulting from the alleged thefts forced the company to conduct layoffs and restructure its operations.

The woman faces charges of grand theft and embezzlement.

Her laid-off co-workers must love her. So sad. The full story here.

Labels: consumerism, shoes shoes shoes, the rich are different, when I win the lottery

I scheduled a maintenance appointment for the server at work today and everyone was freaking out because it is Friday The Thirteenth. My normally sensible co-workers appear to throw logic out the window when it comes to old wives' tales. I was temped to bring in a ladder, a broken mirror and The Lounging Party just to freak them out some more (because why have one black cat when you can have two?). At least with The Lounging Party there would be entertainment while the entire computer system is down. 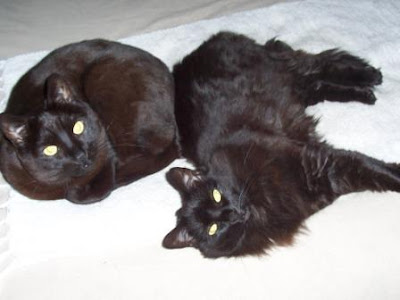 
Sorry for the long absence, I was caught up in the whirlwind of preparation for the Two Ladies' wedding, and then in the aftermath of having neglected the rest of my life. Things are almost back to normal and I will be visiting you all and commenting soon.