I Miss The Muppet Show

It would make this recession so much easier if The Muppet Show was on again, don't you agree?

A Prayer for John Updike For some reason, I always mix up John Updike and John Irving. I've read books by both authors, and while both are excellent, there are profound differences. Nonetheless, when Updike's death was announced today, in my head it was John Irving that had died. I even wrote a post saying Irving had died, which may still be lurking in your Google Reader (ignore please!).

As far as I can tell, John Irving is not dead. He did, however, write of one of my favorite books of all time, A Prayer For Owen Meany, a book that is laugh-out-loud hilarious and cry-out-loud sad, heavy with political criticism and religious symbolism, full of subtleties and wit and insight. I love how it makes you think about faith and doubt. And no matter what year it is when I read it (and I probably re-read it every 5 years), there is always some scandal going on in Washington that can be substituted for the Oliver North hearings that take place in the present-day chapters of the novel. One year it was Clarence Thomas/Anita Hill. one year it was Whitewater, one year it was Clinton/Monica, etc. Same thing, different year. Sometimes I'm tempted to skip those parts and just savor the flashbacks to Owen and Johnny's life in their little town in New Hampshire in the 1950s-60s, but the political bits are key to the book and do tie in to the observances made by two young boys as they tried to find their way in their world.
"A LITTLE BREATHLESS, VERY BEAUTIFUL, MAYBE A LITTLE STUPID, MAYBE A LOT SMARTER THAN SHE SEEMED." (Owen's reference to Marilyn Monroe being just like America...).
Thank you Mr. Irving AND Mr. Updike, for your wonderful words, and peace to you both.

Labels: Authors, books, the reports of my death are greatly exaggerated

The Year of the Ox 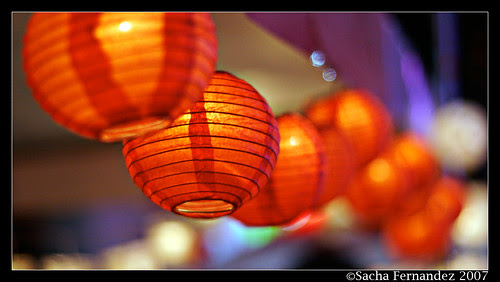 I am intrigued by Asian culture, a fascination fueled in recent years by a peek behind the red curtain via films such as Ang Lee's Eat Drink Man Woman and the gorgeous Crouching Tiger, Hidden Dragon, and books like Lisa See's Snow Flower and the Secret Fan and Martin Booth's Golden Boy. On Sunday I watched the almost-too-beautiful Curse of the Golden Flower, about a 10th century emperor and some pretty dangerous family dynamics inside an impossibly gorgeous (and well-staffed) palace. Plot aside, the budget for costumes, sets and extras probably rivaled that of the 2008 Olympics opening ceremonies. If you enjoyed Memoirs of a Geisha (the book) I recommend all of the above.

Rockin' Robin, as sung by the Jackson Five, was the bane of my grammar school existence. John Turner used to sing it to me every day on the bus. Also, lots of jokes about Batman and Robin, Robin (robbing) the bank, Robin Hood, etc. Hilarious. But the song was the worst. Over and over, every day. Kind of like the way it is stuck in your head now. He rocks through the treetops, all day long...


Third-grade angst aside, lets talk about tweeting. As in Twitter. As in I am in a self-taught crash course in Twitter via a personal account so I can start Twittering professionally for work (is that an oxymoron or what?). I was trying to avoid this, but apparently all the kids are doing it, even in the business world, and I figured its safer to muddle my way through on my own before I create a profile for work and drag our sterling reputation into the muck and mire of social networking, late to the game though we may be.


Besides Julia @hookedonhouses (and thanks again Julia for my first tweet) do any of you Twitter? Got any advice, tips, or tweets for me? You can find me at @abirdinthehand. 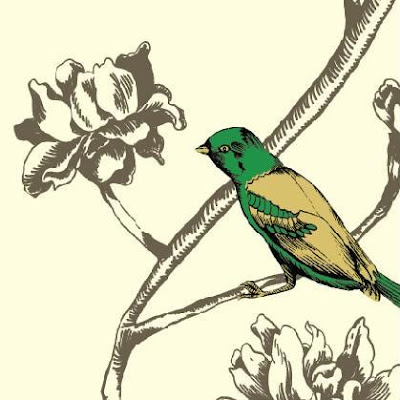 I'm helping Meg & Mo plan their wedding -- which is in just a few weeks -- and I swooned when I saw this birdie and his friends on the short list of invite designs. Happily he made the final cut.

No Bridezilla shenanigans or agonizing over details for months for these two, just a simple affair for a few dozen family and close friends at a wonderful restaurant downtown. Champagne, then the ceremony, then cocktails and eats. My kind of party!

Sex in the City, Quiet in the Country

No, we're not talking about me here (I'll never kiss & tell), but Sex & The City author Candace Bushnell, a Glastonbury, CT native whose country home in tony Roxbury, CT is featured in the Home section of today's Hartford Courant. One of my non-Resolution resolutions is to purge everything from my home office and start over with a nice clean slate, kind of like her desk here: 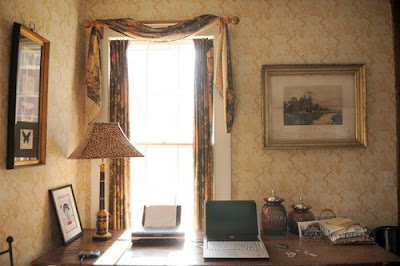 Below is a pic from her NYC apartment, which was featured in Elle Decor a few years ago, one of the few issues I kept because I really like her style and use of color, but with white walls in most of the apartment. 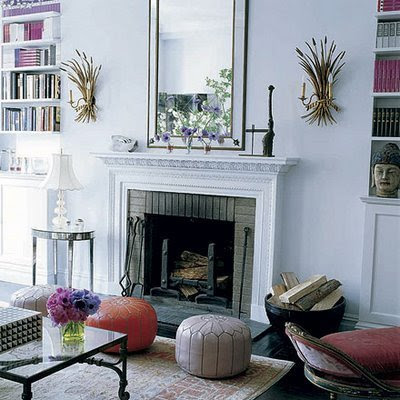 I really like the color of my living and dining rooms, but since my apartment faces north, every winter I get the urge to lighten and brighten with some paint. Luckily for the BF, who has volunteered to help me paint, my Gemini nature has issues with choosing a color, so we'll stick with Behr's Caribbean Coral for now.

PS - thank you for all the well wishes with my lousy sinuses over the holidays. I'm all better now!